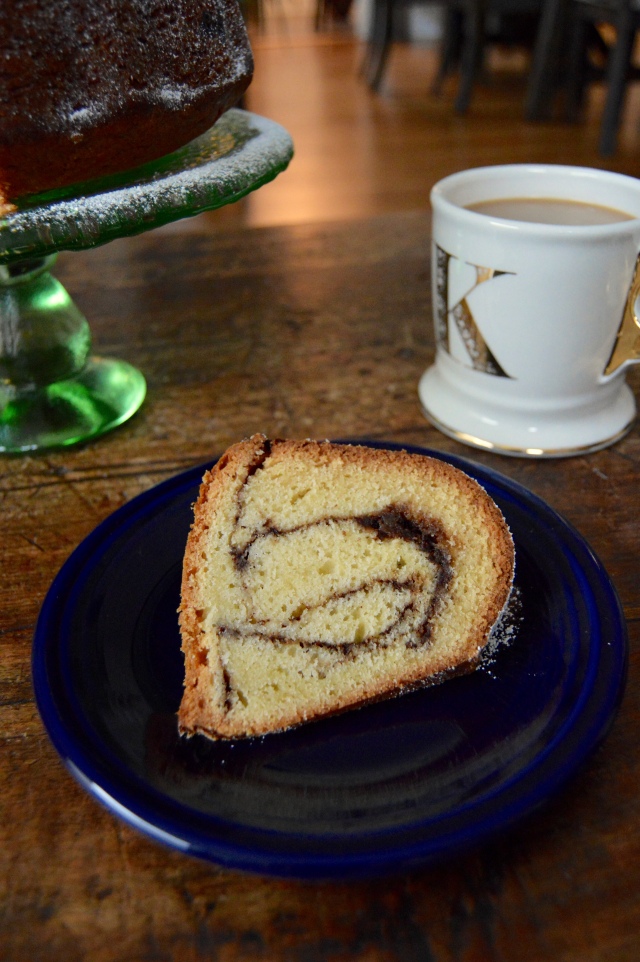 We always need people in our lives whom we can turn to for advice and inspiration — someone to keep us honest and to push us to be the best versions of ourselves. And I count myself lucky to have a role model like that in my momma. 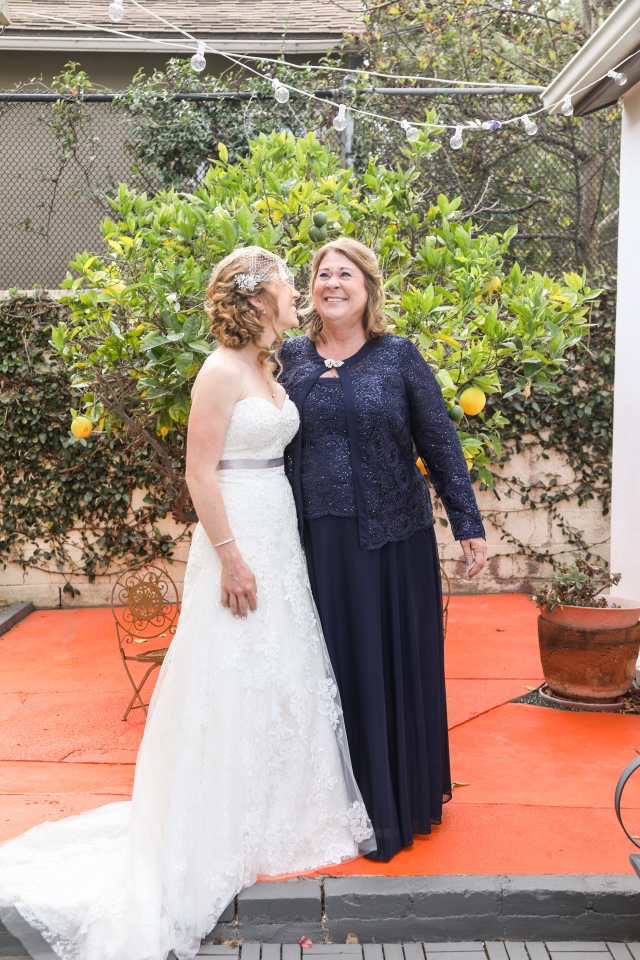 She has always shown me that one of the best things you can do for any relationship is to spend uninterrupted time with that person. When I was five, we planted a garden of tall, fairy-like foxglove and radishes in the shape of a “K.” She made me countless steaming bowls of buttery quick grits and fried salami sandwiches in all their thin, crunchy, salty glory. We watched numerous cooking shows when I was in high school and then took those recipes and crafted them into something entirely our own as she taught me how to substitute, swap, season and taste, season and taste. 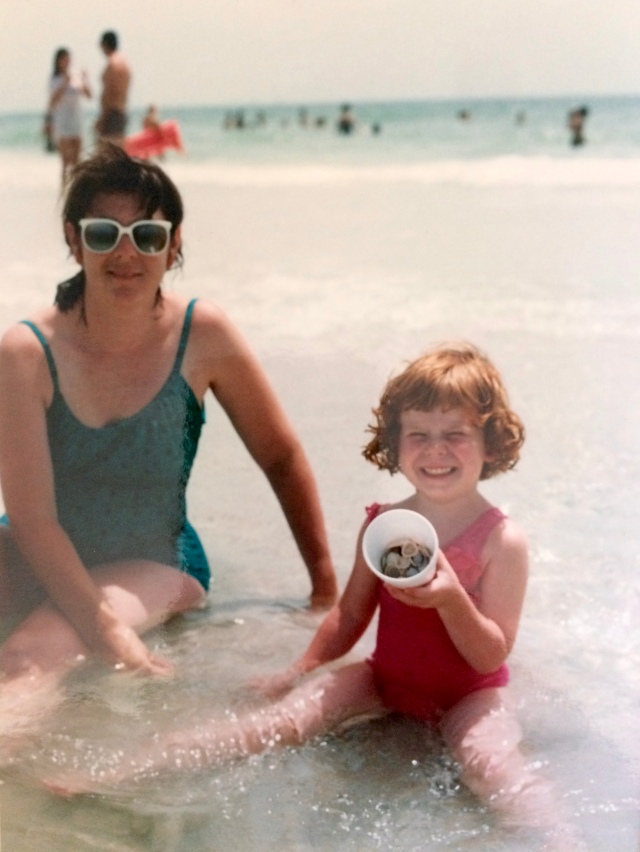 My mother is a woman to admire. She’s someone who is so gracefully giving of her time to everyone in her life; she’s quick with a meal, even when it seemed as though there were nothing in the pantry. She has only gotten stronger in her convictions with age; she loves with her whole heart. She is beautiful when she cries — readily showing how much she deeply cares — and even lovelier when she laughs.

Talking me through a near-disastrous hazelnut brittle experience the other day (with a shattered candy thermometer and only one chunk of a spatula missing at the end), she joyfully laughed, “Oh no, I thought you already spread the nuts out on the sheet tray! They tell you to mix them into the pot, but I’ve learned better!” This woman has taught and continues to teach me so much. Mom, you inspire me. I’m grateful for you. I love you with my whole heart. 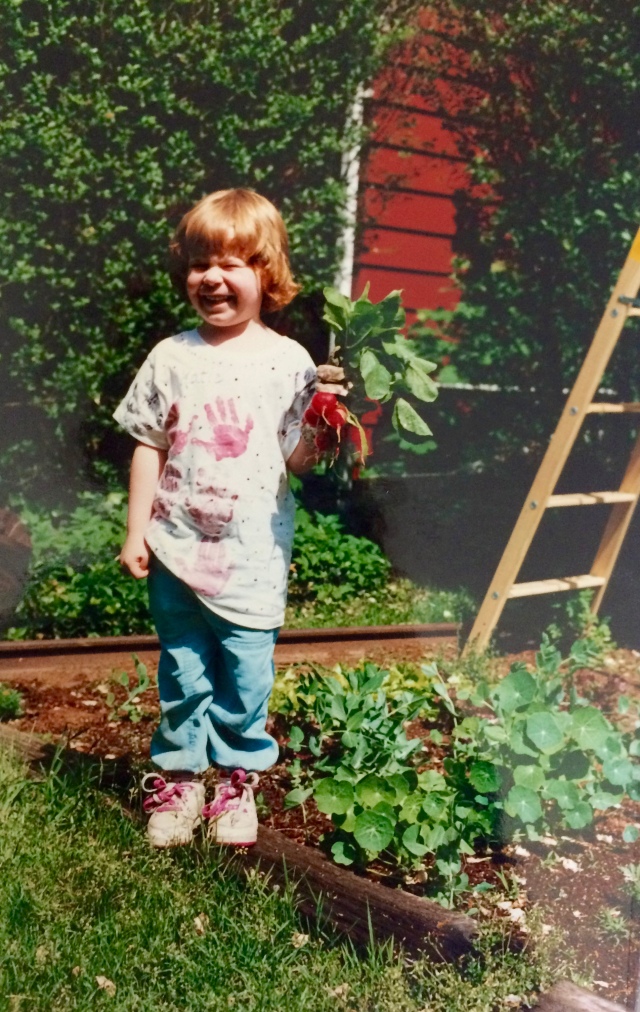 For your momma or role model in your life this weekend, I have an exquisite espresso-cinnamon swirl crème fraîche bundt cake. It’s moist with a dense, buttery crumb — one that you’ll want to devour even after you’ve eaten all the pieces containing the cinnamon swirl. This is a classy Sunday brunch cake to be enjoyed with people you love. 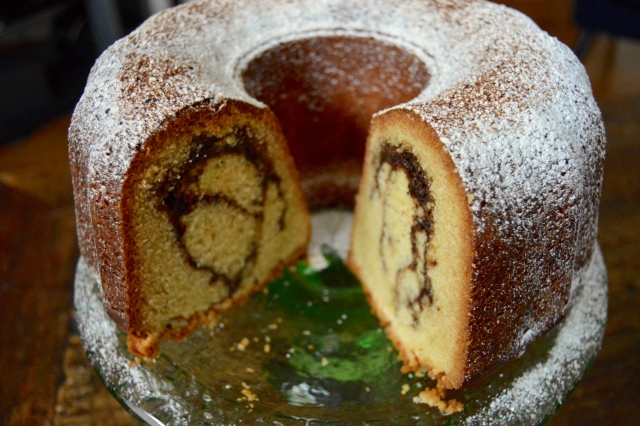 Preheat the oven to 350°F. Butter and flour a large bundt pan and set aside.

For the cake: In a large bowl, sift together the flour, baking powder, baking soda, and salt. In the bowl of a stand mixer with the paddle attachment, beat the butter and sugar together until light in color and fluffy, about 3 minutes. Scrape down the sides of the bowl and add the eggs one at a time, waiting for each to incorporate until adding the next. Mix in the vanilla. With the mixer on low, add half of the dry mixture and mix until just combined. Mix in all of the crème fraîche until just combined. Scrape down the sides of the bowl. Mix in the rest of the dries until they’re just combined — it’s important not to over-mix here.

To make the espresso-cinnamon butter: Mix all the ingredients together in a small bowl with a fork until no plain butter streaks remain.

To make the cake, spoon about half of the batter into the bottom of the bundt pan. Then spoon half of the espresso-cinnamon butter on top in a ring about 11/2 inches wide. Spoon a little more than half of the remaining batter over the top, and spoon the rest of the espresso-cinnamon butter in a ring on top of that. Finish it off with the final layer using the rest of the batter. (This is a big cake; if your bundt pan isn’t large enough to fit all the batter, bake the extra into little cupcakes.)

Bake directly on the middle rack in your oven for 50 to 60 minutes, or until a long skewer comes out clean and the top is a deep golden brown. Once the cake is completely cooled, flip it out onto a cake stand and dust with powdered sugar and cinnamon. Slice and enjoy with coffee. 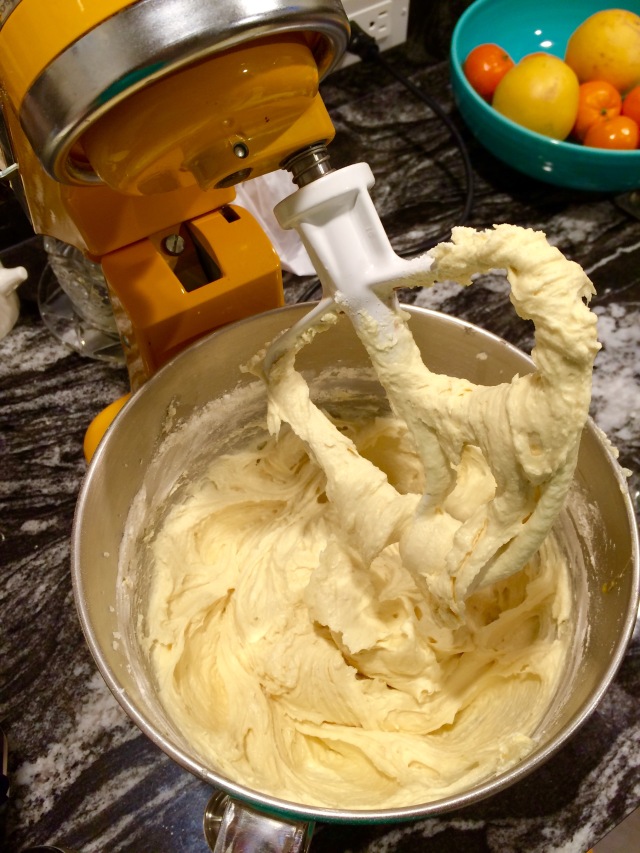 Here’s the batter after the first addition of flour. 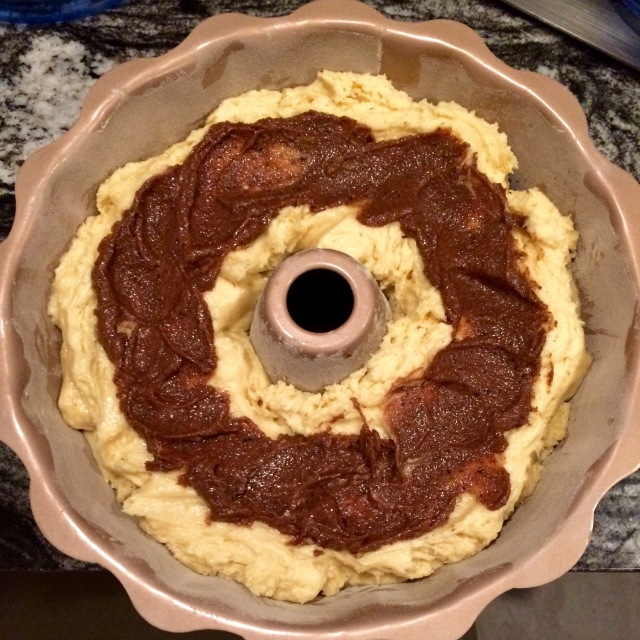 Your espresso-cinnamon butter moat. A thing of beauty. 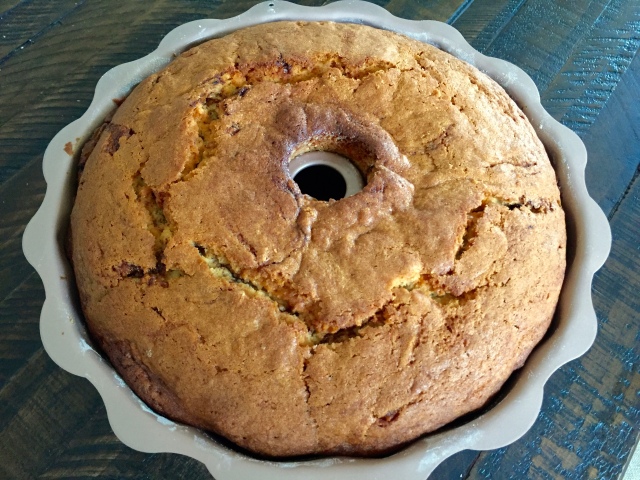 When it cracks like that, you’ve done it right.