It’s official. I’ve hit my mid-twenties. And ya know what?… 25 looks good on me. I feel responsible and sexy; more adult but with a wild/silly side. I LOVE IT :D 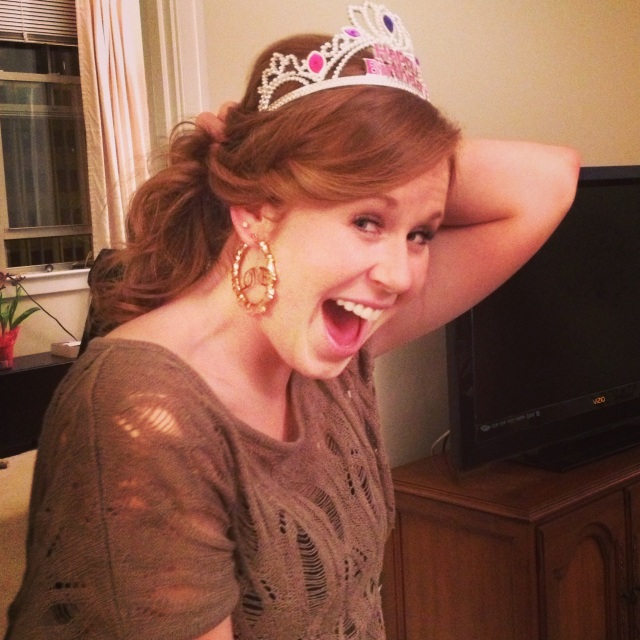 I was able to celebrate a little early with one of the BEST weekends ever! I roadtripped with Caitlyn and Larissa to Nashville and New Orleans. UN-BUH-LEEEVABLE! With the live country music, cowboy boots, Southern gentlemen ASKING me (and thanking me) for a dance, and the Jack poured as the go-to whiskey, Nashville was my Mecca! I felt home :)  And New Orleans was just…just great. I loved every minute. Beignets, a bachelor party in flannel onesies, shrimp and grits, live music, beads, a mechanical bull, and the best country dancing I’ve ever seen! Oh, I do love the south. <3 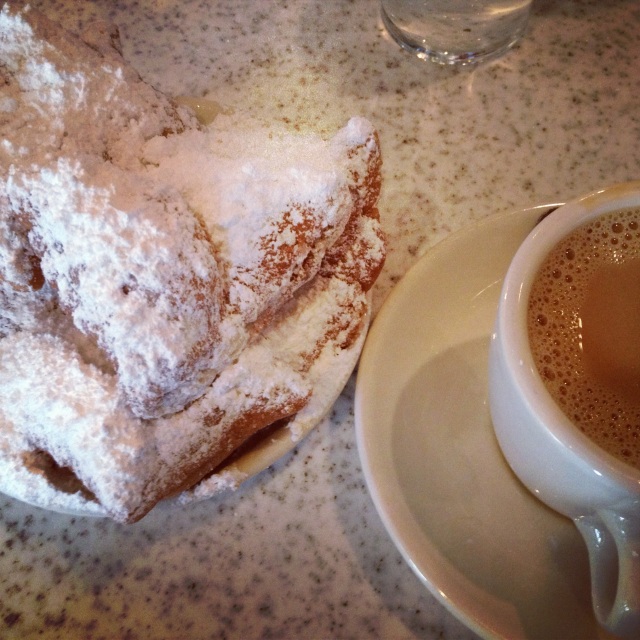 And last night’s birthday festivities were made perfect my all of my wonderful friends in DC! THANK YOU!!!! :D

And the cake wasn’t bad either…especially if you really love frosting, because Julia Child’s cake recipe turned out to be rather small. Next time, I wold triple the recipe and make a six layer cake! But it was still delicious!!!

The cake is slightly underdone, so it has this creaminess – not big and fluffy like your usual cake. And the frosting is from God. Buttercream has to be one of the best things in the entire world. It’s sweet and silky, just soooooo good.

…go ahead, have a spoonful (or two), no one’s judging.

Butter and flour and line two 8 inch cake rounds and line the bottom in parchment paper (really crucial!). Preheat the oven to 350 degrees. Melt in the microwave (or over a double boiler if you’re nervous about the chocolate burning) on 20 second intervals until melted:

Cream together with a beater for several minutes until pale and fluffy:

Beat in until incorporated:

Separately, in a stand mixer with the whisk attachment, beat until soft peaks are formed:

Then sprinkle on top of the egg whites and beat until stiff peaks have formed:

Using a spatula, mix the chocolate mixture into the butter/sugar mixture. Then stir in:

Stir in a quarter of the egg whites, then gently fold in a third of the egg whites until just incorporated (you don’t want to deflate the whites). Then add in the flour a third at a time, alternating with the remaining egg whites.

Fold until the batter is all mixed, but be careful not to overmix it. Divide the batter between your two pans, and bake for about 25 mintes at 350, until the cake pulls away from the edges and a cake tester will come out oily (the cake will move a little if you shake it). We’re going for slightly underdone here. Let the cake cool and then run a butter knife around the edges and flip the cakes out on to a wire cooling rack, and let them cool completely before icing.

*Adapted from Joy the Baker

Using a paddle attachment in a stand mixer, beat for two minutes:

Scrape down the sides and add:

Slowly start beating the sugar in, then increase the speed for a couple of minutes. Add in:

Once that’s beaten together for about a minute, add in:

-1 to 2 c. more powdered sugar (depending on how thick you like your frosting)

Frost your cooled cake, and using a star tip (1M), you can frost big roses on the cake! Just start in the center and go around twice. Garnish the sides of the cake with: